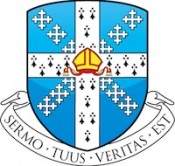 17 January 2013 – In October the Board of Trustees appointed a 15-member Search Committee to solicit and present to the Board a recommendation for the election of the next Dean and President for General Theological Seminary. It is planned that this position will be filled at the end of the current academic year, through an election by the Board at its May meeting.

As of mid-January, the Search Committee had reviewed nominations and applications from nearly 50 candidates for the position of Dean and President. One common impression that the Committee has gained in this process is that the success to date of the Seminary’s Plan to Choose Life is clearly reflected in the response of the broader Church and the excitement expressed over the future of the Seminary.

Having completed a review of resumes, letters, and other expressions of support for candidates, and conducted individual and group telephone interviews and visits with candidates, the committee has now scheduled interviews on the Close for a final round of conversations with the candidates.

The Search Committee continues to feel hopeful and confident that a recommendation to the Trustees will be made at its next Board meeting on February 1, 2013.

Please keep the Search Committee and the Seminary in your prayers as we work toward the selection of a Dean and President to lead GTS into the future.