The General Theological Seminary has announced the next recipients of its Doctor of Divinity degree, honoris causa, to be conferred at the 191st Commencement ceremonies on May 15, 2013. Three distinguished leaders of The Episcopal Church will receive the honorary degree: the Reverend Carol Anderson, the Right Reverend Andrew M. L. Dietsche, and the Right Reverend Dorsey W. M. McConnell.

The Rev. Carol Anderson was ordained a priest in 1977, among the first women so ordained in The Episcopal Church. She served in a variety of parishes, both small and large, before being called in 1989 as Rector of All Saints’ Episcopal Church, in Beverly Hills, California, in the Episcopal Diocese of Los Angeles, where she ministered until her retirement in January 2010. Under her leadership, All Saints’ grew substantially in virtually every ministry area—from small groups, pastoral care, and assistance services for the homeless to ministry with specific groups, including 20s/30s and seniors. All Saints’ also became known for its radical welcome of LGBTQ people, even in the context of a conservative evangelical theology. All Saints’ was one of the first Episcopal parishes in the United States to adopt the Alpha course, a series of weekly sessions on the basics of the Christian faith with a focus on the meaning of life, and indeed adapted Alpha for LGBTQ seekers.  Anderson is the author of Knowing Jesus in Your Life, a book that explains how Christians can have a relationship with God through Jesus Christ. Time magazine once profiled Anderson in this article revealing of her ministry and gifts. 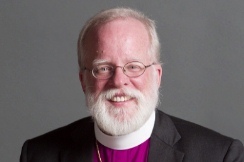 Seated on February 2, 2013 in a glorious liturgy at The Cathedral of St. John the Divine, Bishop Andrew M. L. Dietsche is the Sixteenth Bishop of The Episcopal Diocese of New York. From 2001 until his election as bishop, he served as Canon for Pastoral Care in the diocese, responsible for the pastoral care of the clergy and their families. Previously, he served for eleven years as the rector of the Church of the Good Shepherd in West Springfield, Massachusetts. Prior to his ordination, Bishop Dietsche was a freelance graphic designer and cartoonist, and he continues to create cartoons for church publications such as The Episcopal New Yorker. In January 2013, he was a guest presenter in General Seminary’s course Cartoons, Theology and Relationship with God. 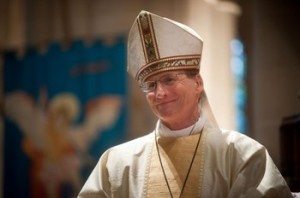 Bishop Dorsey McConnell was formally seated as the Eighth Bishop of the Episcopal Diocese of Pittsburgh in November 2012. He earned his M.Div. from General Seminary in 1983, cum laude, and went on to minister as curate of Saint Thomas Church, New York City; chaplain for the Episcopal Church at Yale; rector of the Church of the Epiphany in New York; and rector of Saint Alban’s Church in Edmonds, Washington. In 2004, he returned to the East Coast, accepting a call as rector of Church of the Redeemer in Chestnut Hill, Massachusetts, where he served until his election as Bishop of Pittsburgh. Bishop McConnell is the first tenured diocesan bishop to shepherd the Pittsburgh diocese since its previous bishop led a schism over theology and sexual ethics in 2008.