The General Theological Seminary has announced the next recipients of its Doctor of Divinity degree, honoris causa, to be conferred at the 192nd Commencement ceremonies on May 14, 2014. Three distinguished leaders of The Episcopal Church will receive the honorary degree: the Rt. Rev. Douglas Hahn ’96, the Rt. Rev. Chip Stokes ’90, and the Rev. Canon C. K. Robertson, Ph.D. 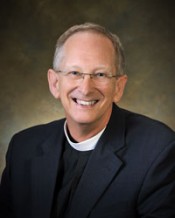 The Rt. Rev. Douglas Hahn, former rector of St. Thomas Church in Columbus, Georgia, was consecrated Seventh Bishop of the Episcopal Diocese of Lexington on August 18, 2012. Raised in Georgia, Bishop Hahn says, “My roots run deep in central Kentucky. I come from generations of Kentucky teachers and farmers, spent summers in a community in Mercer County, and went to graduate school in Louisville.”

He holds a bachelor’s degree in history from the University of Georgia (1974); the Master of Divinity degree from Southern Baptist Theological Seminary in Louisville, Kentucky (1977); a diploma in Anglican Studies from The General Theological Seminary (1996); and a Doctor of Ministry degree from Sewanee: the University of the South (2010). He received a Sabbatical Grant for Pastoral Leaders from The Louisville Institute in 2007 for “Refreshing the Roots of Ministry,” and received a Pastoral Care Specialist certificate, Congregational Care and Development from the Pastoral Institute of Leadership in Columbus 2001-02.

As convocation dean in the Diocese of Atlanta, Hahn supervised five towns, seven parishes, 12 priests and shared outreach ministry. He worked in his diocese in Christian Formation, youth outreach and parishes in transition, chaired the Standing Committee and was an alternate deputy to General Convention. 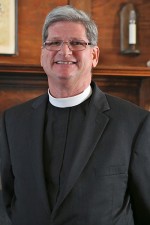 The Rt. Rev. Chip Stokes was consecrated Twelfth Bishop of the Episcopal Diocese of New Jersey, on November 12, 2013. Bishop Stokes, who had been rector of St. Paul’s Church in Delray Beach, Florida, succeeded the Rt. Rev. George Edward Councell who served as the diocese’s Eleventh Bishop since 2003, and also currently serves on General’s Board of Trustees.

A Diocese of New Jersey press release noted that by electing Stokes, the diocese has secured “a prophetic figure…who is willing to take the lead in speaking and taking action on behalf of marginalized peoples, the poor and immigrants especially…” and is “someone who is deeply concerned about young people and has taken innovative steps to help young people and their families grow in faith.”

Stokes said in a statement, “I am humbled beyond expression and deeply honored to have been elected as the Twelfth Bishop of New Jersey. I am grateful to the people of the Diocese for their confidence, support and prayers.” Stokes holds a B.A. from Manhattan College, and graduated with an M.Div. in 1990 from General Seminary. 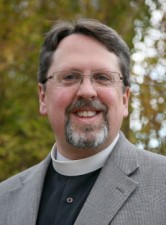 He has served on several boards and committees, including the Governing Board of the National Council of Churches, and is a member of the Society of Biblical Literature, the Anglican Association of Biblical Scholars, and the Center for Biblical Studies. Recently he was nominated for membership in the Council of Foreign Relations, and for his work on Film Clips for Character Education was a White House “Helping America’s Youth” honoree. Traveling extensively, he represents the Church in ongoing conversations within the Anglican Communion, as well as with ecumenical, interreligious, and diplomatic partners.

Robertson has also written, edited, and contributed to many books and journals, and is General Editor of the “Studies in Episcopal and Anglican Theology” series through Peter Lang Publishing. His own most recent books include: The Book of Common Prayer: A Spiritual Treasure Chest (SkyLight Paths), recently nominated for an American Academy of Religion award, Episcopal Questions, Episcopal Answers (Church Publishing), co-authored with VTS Dean Ian Markham, and the forthcoming Barnabas vs. Paul: Moving Beyond the Stereotypes (Abingdon Press).