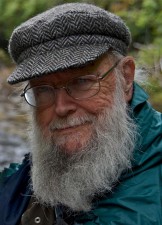 The Rev. Wray MacKay, Class of 1954 and a former member of the faculty at The General Theological Seminary, died unexpectedly on April 30, 2014, with his wife the Rev. Kate Kinney, daughter Margaret, and the Rev. Peter Strummer, rector of St Andrew’s in Seattle, Washington, at his bedside. MacKay and Kinney had just been concluding a co-interim ministry at Emmanuel Church on Orcas Island when he suffered a serious head injury from a fall.

A respected pastor and social justice advocate, MacKay served The Episcopal Church, and the Diocese of New York, in many ways. He was educated at The Massachusetts Institute of Technology and Harvard University before attending General Seminary, and was ordained a priest by the Rt. Rev. Horace Donegan in 1954. He began his ordained ministry as assistant priest at General’s neighbor, St. Peter’s, Chelsea. After a brief parish ministry in Indiana in the late 1950s, he returned to the diocese to serve as Vicar of St. Andrew’s in the Bronx.

He was an early supporter of the Civil Rights Movement, participating in the 1965 march from Selma to Montgomery, Alabama with the Rev. Dr. Martin Luther King, Jr. In the next decade, he worked as Professor of Pastoral Theology at General Seminary and as Director of World Hunger Year, which was founded by his friend, folk singer Harry Chapin, to address the root causes of food insecurity and poverty.

In 1980, MacKay returned to St. Peter’s, Chelsea, first as vicar, then as rector. The parish grew during his 15-year tenure at St. Peter’s, where he is remembered with great love and gratitude. In 1995, he moved to the Diocese of Olympia when Kinney was called to serve as a Canon Pastor at St. Mark’s Cathedral in Seattle, and there he had a rich ministry, both as a parish priest and as a spiritual director, until his death.

A memorial service was held on June 7 at St. Peter’s, Chelsea.

He is survived by his wife, three children and five grandchildren. Letters and cards of condolence may be sent to:
The Rev. Kate Kinney
c/o Emmanuel Episcopal Church
P.O. Box 8
Eastsound, WA 98245