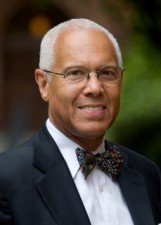 On May 9, 2014, The School of Theology at Sewanee, The University of the South, bestowed an Honorary Doctorate upon Dr. David J. Hurd, Professor of Church Music, Organist, and Director of Chapel Music at The General Theological Seminary.

As the bells rang out, students, faculty, and honorary degree recipients processed into Sewanee’s All Saint’s Chapel to hymns that included selections from Hurd’s work. The Rt. Rev. J. Neil Alexander, Dean of The School of Theology, noted that “as an internationally known concert organist and composer, David Hurd can make a claim that few others can: Thanks to the breadth and quantity of his work, it is no exaggeration to say that on every Sunday of the year, Christians somewhere are singing his praises.” Hurd’s liturgical music, primarily organ and choral works, are widely published and well-known internationally and ecumenically.

“I am personally very moved to be so recognized by the University of the South, and also very grateful for the larger affirmation of the discipline of church music which it represents – a ministry I am honored to share with so many wonderful musician colleagues throughout the church,” said Hurd about receiving the degree. 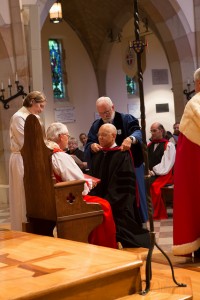 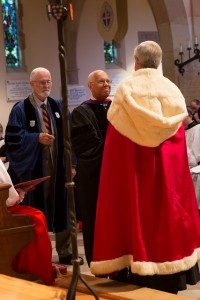 Photos: The Sewanee School of Theology