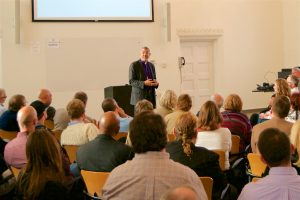 On November 2-3, 2016, the Rt. Rev. Robert C. Wright, Bishop of the Diocese of Atlanta, delivered this year’s prestigious Paddock Lectures in Seabury Auditorium at The General Theological Seminary. In a filled auditorium, attendees heard him speak on “The Leadership of Jesus.” The lecture often became interactive, when Wright engaged the audience with questions and challenges about our own action in the world. Wright also preached at the Community Eucharist on November 3.

The Paddock Lectures were founded in 1880 by General Seminary benefactor, George A. Jarvis, and named in honor of the Rt. Rev. Benjamin Henry Paddock, Class of 1852. The Lectures have brought to General’s campus a remarkable group of Anglican scholars, from William Temple to Sarah Coakley, and have become a highly anticipated annual event. 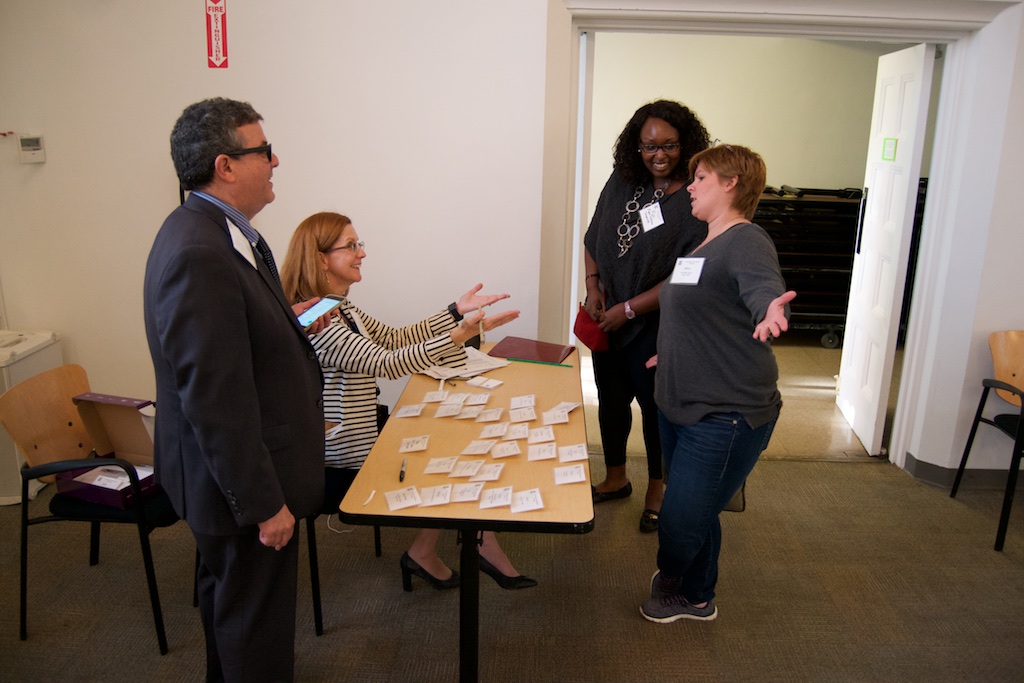 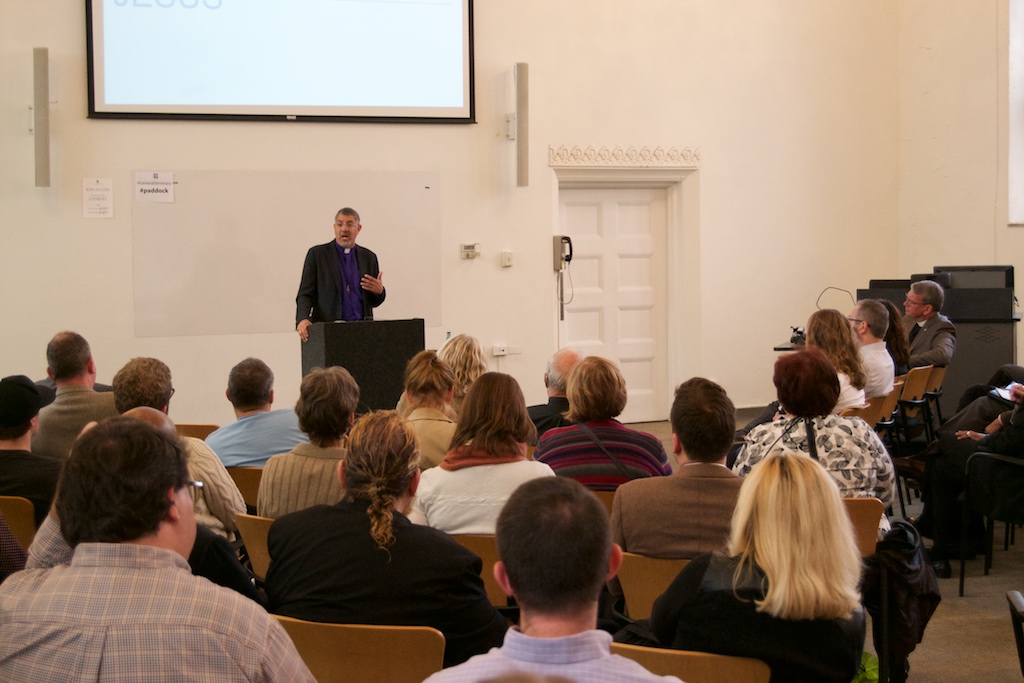 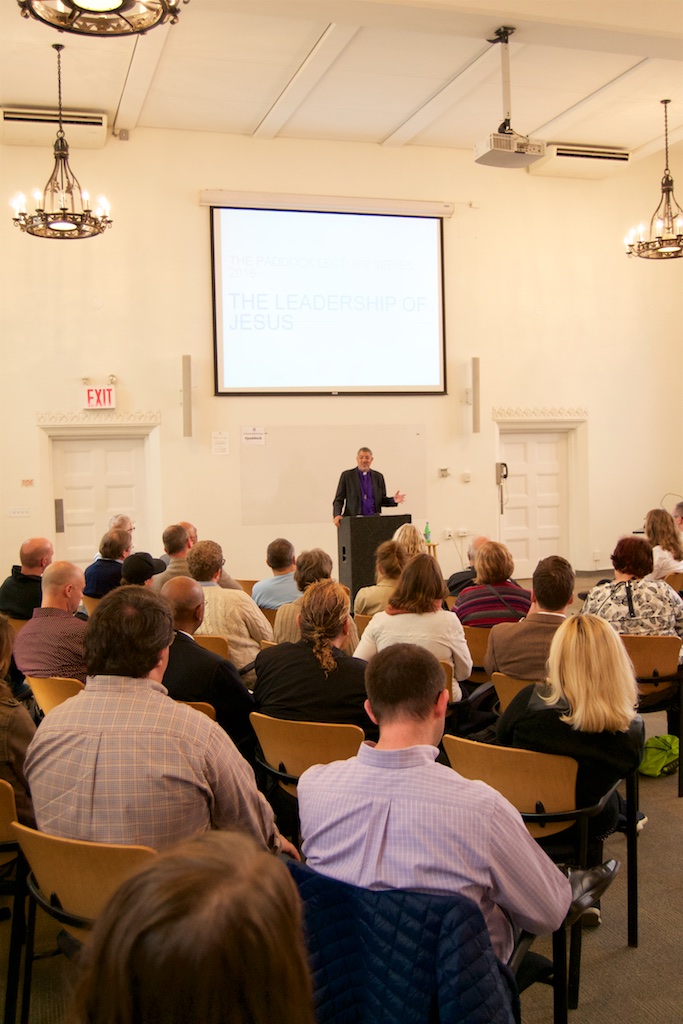 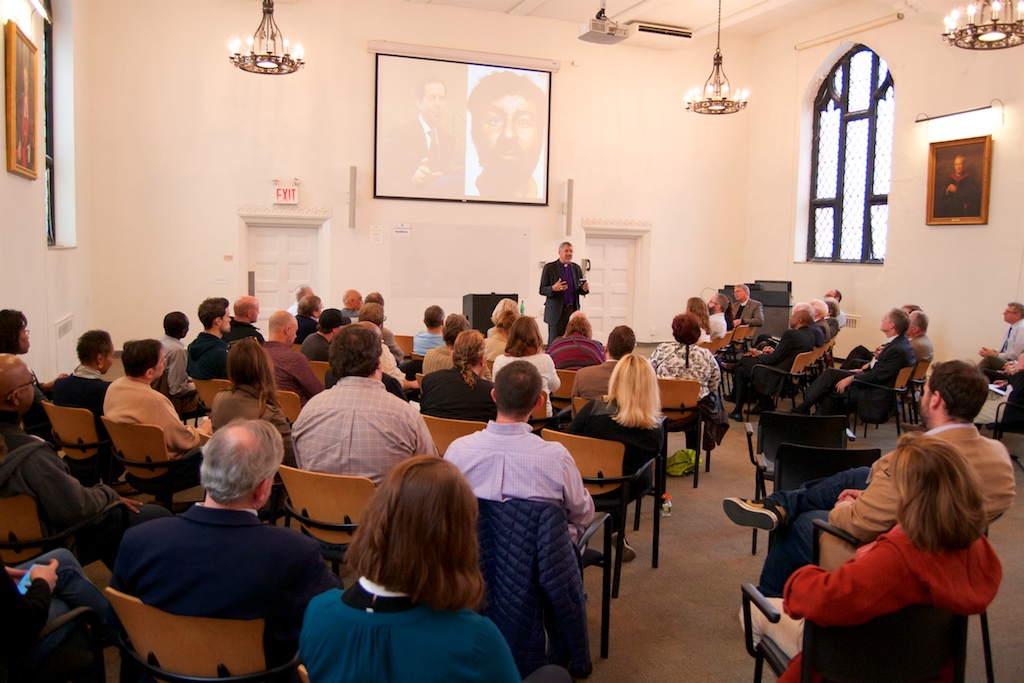 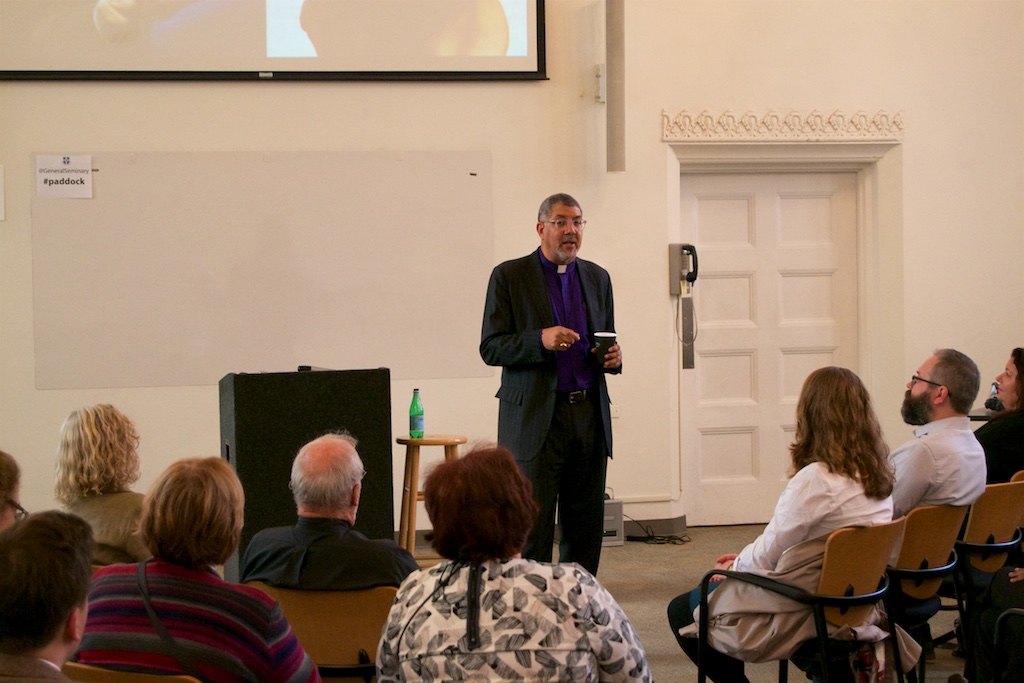 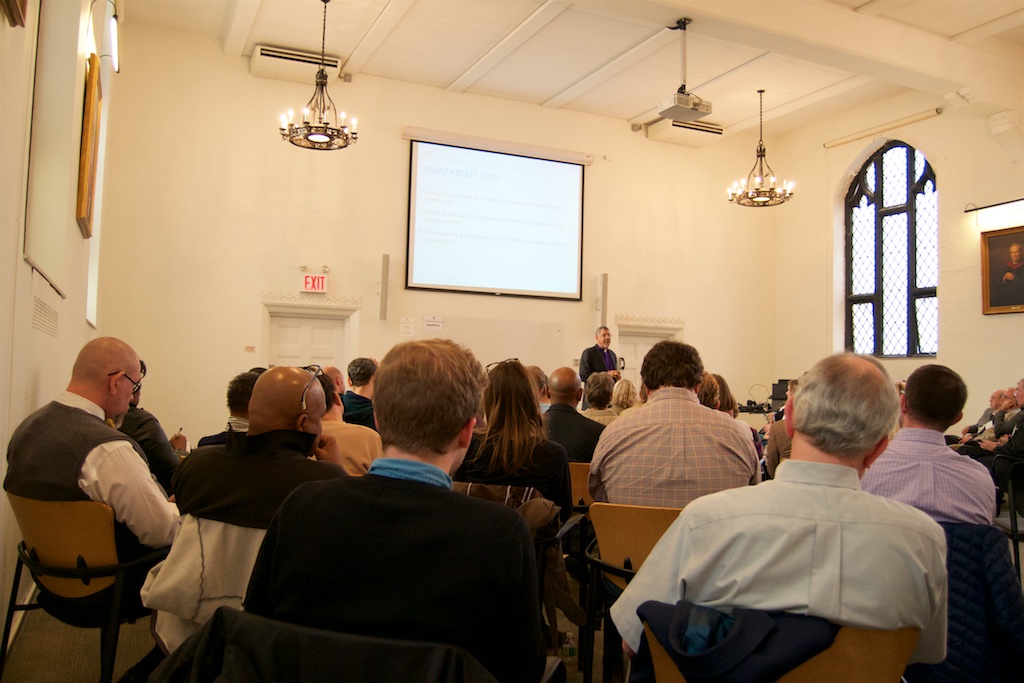 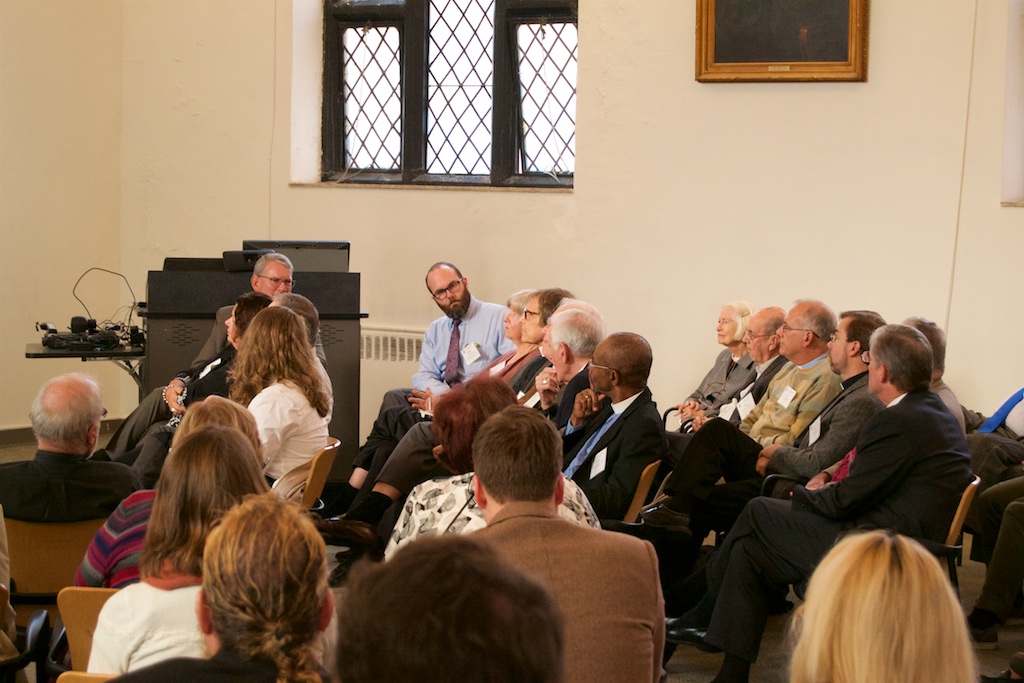 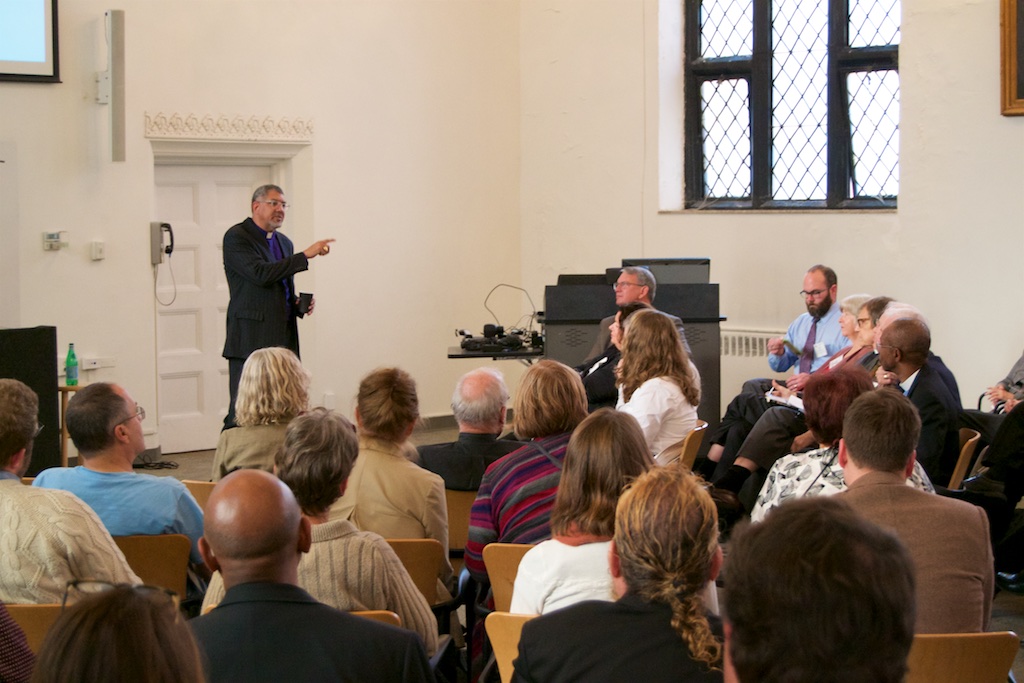 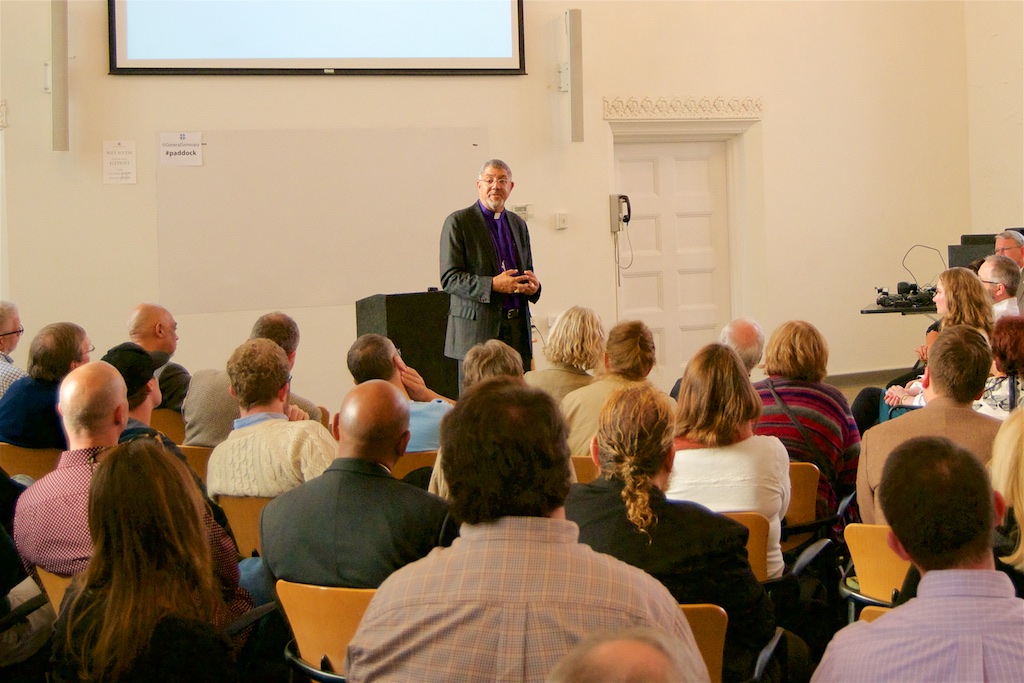 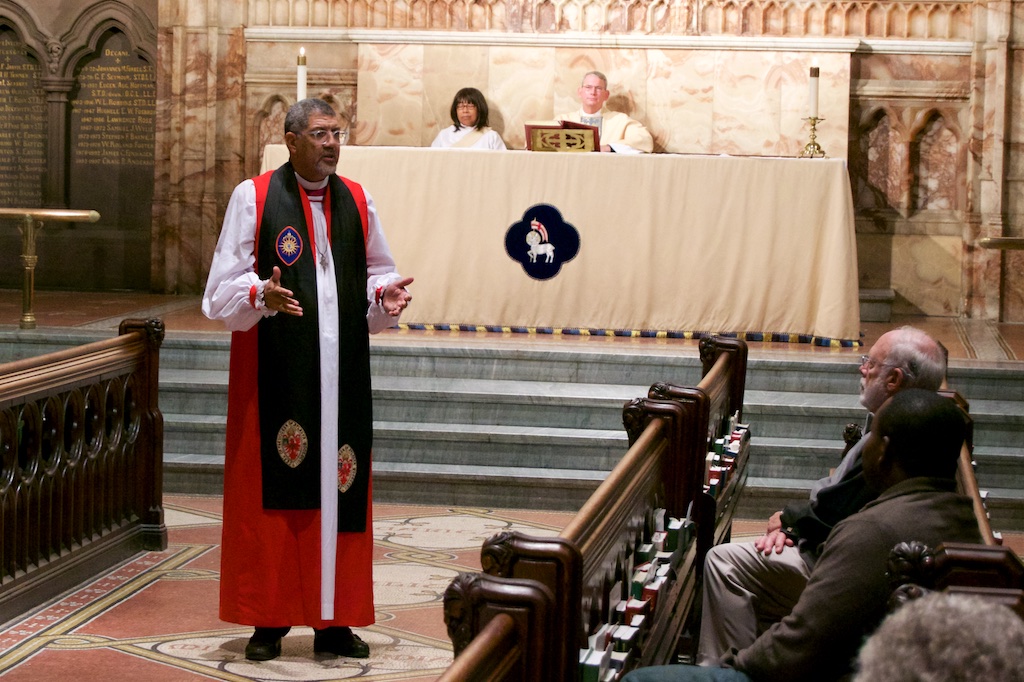 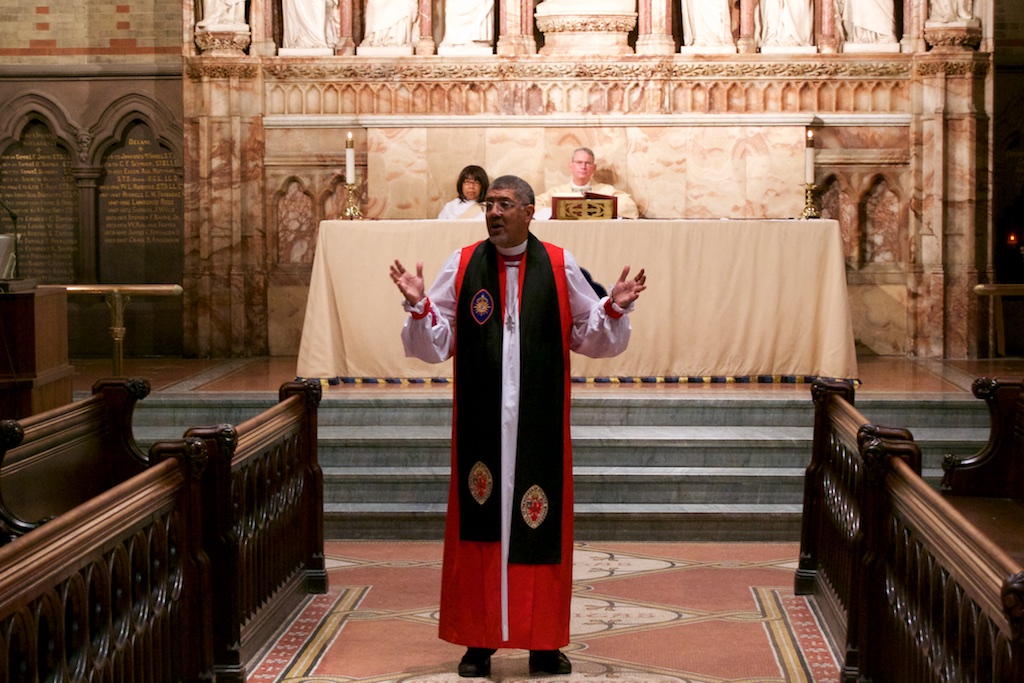 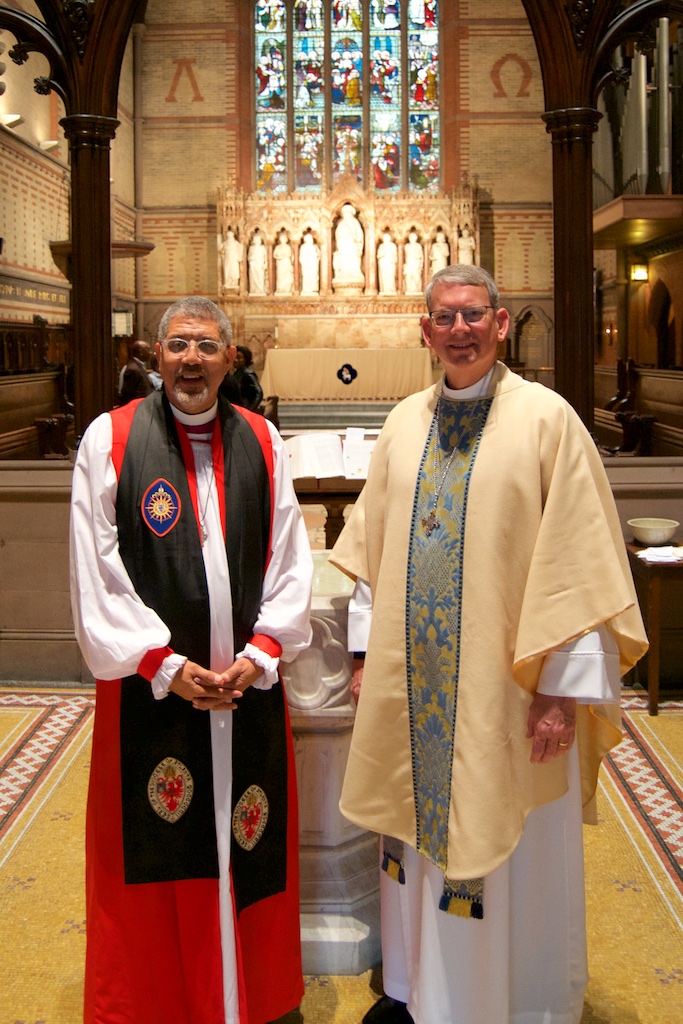 The Right Rev. Robert C. Wright is the 10th Bishop of the Episcopal Diocese of Atlanta. At the time of his election in June 2012, he had served ten years as Rector of St. Paul’s Episcopal Church in Atlanta. Prior to that, he was a school chaplain and on the staff of the Cathedral of St. John the Divine, New York City.

Since becoming Bishop, Wright addressed the Georgia state legislature about gun control, spoke up for Medicaid expansion, and has been a vocal and active opponent of the death penalty in Georgia. In commemoration of the birthday of Dr. Martin Luther King, Jr., he prayed with a City of Atlanta sanitation crew before taking an early-morning shift on the back of a city garbage truck. In January 2015, he was named among the “100 Most Influential Georgians” by GeorgiaTrend magazine.

Wright was born in a Roman Catholic orphanage in Pittsburgh and was adopted at nine months of age. After graduating from high school, he served five years in the U.S. Navy. While attending Howard University in Washington, D.C., he worked as a child advocate for two mayors. He earned his M.Div. from Virginia Theological Seminary, and he has been awarded honorary doctor of divinity degrees by Virginia Theological Seminary, Sewanee: The University of the South, and most recently, by General Seminary in May, 2015.