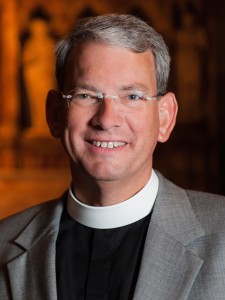 My father was a builder. Not a metaphorical builder, but an actual one. He moved my mom and his family to Florida right after the second World War from a small mill town in central Pennsylvania to start a construction company. He thought that would be a good foundation for the future.

He built houses and buildings for people and companies. As a child, I often went with him to the job site. It was great being with my dad. Most of my growing up was done in the front seat of his truck.

Building something was always fun to watch. The heavy equipment was, for a little boy, heaven. The beams and boards coming together were cool to watch and imagine how the life-sized Lincoln Log project would change day after day. It was also remarkable how, even after a structure was dried in—that is the walls were up and the roof laid out—the building was still only a third completed. There was so much more to be done, even when everything seemed like it was just weeks away from being finished.

The one part of building that was not so fun to watch was the foundational stage. It was just digging in the dirt, laying pipes and conduit which was intended to be silent and hidden, and then pouring concrete over steel, which no one would ever see. Those days with my dad were particularly uninteresting. I liked watching the action of the building come out of the ground. Foundations seemed so lifeless.

Remember, God usually flips what the world says is truth.

What if a foundation for faith was the visible and seen rather than the subterranean and unseen? What if foundations built by the hands of Jesus were those structures one could touch and sense, rather than those which are buried and carried the weight without notice? What if, unlike the world’s view of foundations, the structure built thereon was quite invisible and unseen, while the foundation was what everyone looked at?

General is like that foundation. For 199 years, we have been building—and often rebuilding—our foundation. But, that foundation is not merely the structure of what supports us. Sure, much of our major deferred maintenance has been addressed and the last big project, the Chapel of the Good Shepherd, awaits our 200th Anniversary to start its re-polishing. And, our faculty is terrific, with tremendous support of a stellar—and very lean and efficient—staff. But, what if the foundation of General is the seen work we have been mastering over these past few years, with the structure it supports largely invisible?

What if our work is primarily foundational in nature, rather than the glitzy work which rises out of a well-finished foundation?

Building foundations at General has been great. The outstanding academics coupled with the ground-breaking application and integration is just what the church asked for and needs. Reducing our operating deficit from $2.2 million three years ago to around $200,000 last year gives financial sustainability for continued foundation building into our next 200 years. The cultural sustainability of being on the proverbial same page is the mortar which binds the whole foundation together.

So, with all that foundation building, what is the unseen which is being built in this rule-flipping world?

To be just a bit more than a little forward, General and our sister seminaries are foundations upon which the church is built. With a strong General, the church can also be strong. With new ministers—lay and ordained—the church can continue to function as emissaries, heralds, and signs of God’s coming Kingdom.

For our part, we have been working to expand our program offerings to create more entry points to seminary study for an ever-wider audience. We are developing courses and curricula which are designed to prepare men and women for the demands of ministry in our diverse 21st century context. And, as a community, we remain committed to nurturing a common life together centered around worship and prayer.

With those visible foundations of stability and strength, the invisible work of the Holy Spirit can continue to breath life and growth into our Episcopal Church and the wider Body of Christ in the world.

The Winter 2017 issue of GTS News Quarterly is filled with words and images about foundation. You will definitely be able to see what the structure looks like. But after you flip through the pages, put it down and dream for a moment. Dream about what this very visible and concrete place is creating.

When I dream, I see the Kingdom come. I hope you do, too.

Thanks for being at the job site with me today. Building is fun. Isn’t the foundation shaping up nicely?