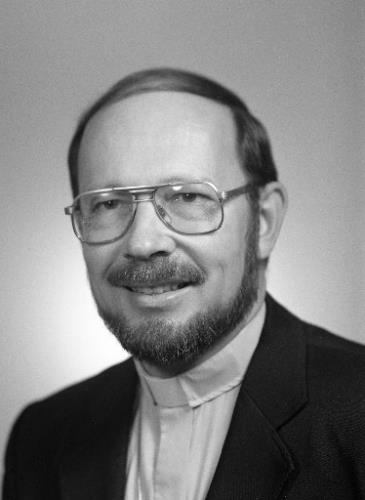 The Rev. G. Palmer Pardington, III, Class of 1966, died peacefully on Wednesday, July 27, 2017 at home after a lengthy illness. He was 78. Fourth in a line of clergymen, he was born July 12, 1939 in Mobile, Ala., and grew up in Houma, La., where his father, the Rev. George Pardington, was the rector of an Episcopal church, and his mother, Mary England Pardington, helped in every aspect of parish life.

He moved to Portland with his family in 1978 to be Episcopal chaplain for Portland State University and four other colleges. After he retired in 1997, he continued to serve on the staff of several Oregon churches, most recently as an associate priest at St. Stephen’s Episcopal Parish in downtown Portland.

Throughout his career Pardington was a leader in religious education, worked for peace, human rights and in his words, healing “a broken and suffering world.” He trained mentors in the Education for Ministry program and served in leadership roles for many organizations, such as the Oregon Episcopal Peace Fellowship and Ecumenical Ministries of Oregon.

He held a bachelor’s degree from Washington & Lee University, two master’s degrees from General, and a doctorate from Graduate Theological Union and the University of California, Berkeley.

Even as his health declined due to heart problems and a lung disease called idiopathic pulmonary fibrosis, he did yoga every morning, traveled to Costa Rica and Israel and enjoyed reading and discussing theology and philosophy. He played cello, piano and organ. One of the highlights of his final years was singing in Carnegie Hall with the Oregon Chamber Singers.