NEW YORK CITY: On Tuesday April 11 at 4:30pm, The General Theological Seminary will host a celebration to honor the launch of Michael Battle’s newest monograph, Heaven on Earth: God’s Call to Community in the Book of Revelation. Battle will offer remarks and be available for conversation and book signing.

Desmond Tutu comments on Battle’s Heaven and Earth: “Michael invites the reader into the birthing process of heaven on earth. As with any birth, we must move through pain and struggle toward the life that God continues to create.”

Published by Westminster John Knox Press, Heaven and Earth is a commentary on the book of Revelation and its relevance to building the Beloved Community, even amid contemporary global crises. 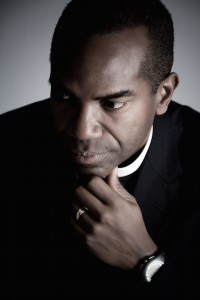 Former Archbishop of Canterbury and eminent theologian, Rowan Williams, provides the Forward. In it, Williams states: “[Michael Battle’s] reflections are going to be a really valuable framework for many people willing prayerfully to ‘sit under’ the holy text but wary of the seductions of theological fancy and self-justifying mythologies. It is an unusual and creative book which will be a welcome addition to the resources of critical and obedient biblical scholarship.”

Michael Battle is Herbert Thompson Professor of Church and Society and Director of the Desmond Tutu Center at The General Theological Seminary. He is also the President and CEO of the PeaceBattle Institute. Ordained a priest by Archbishop Desmond Tutu in 1993, he was given one of the highest Anglican Church distinctions as Six Preacher in 2010.

Books will be available for sale