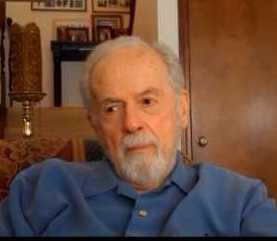 The life and ministry of the Rev. Dr. William Wipfler, Class of 1955, is featured in a new video series by Fr. Joseph Mulligan, SJ. The video series can serve as an introduction to the Church in Latin America and its participation in struggles of solidarity, justice, and peace.

Wipfler is the former Director of the Caribbean and Latin American Department of the National Council of Churches (NCC) (1968-1977), the Director of the Human Rights Office of the National Council of Churches (1977-1988) and an Episcopal Priest who served many parishes in the United States as well as missionary in the Dominican Republic and Costa Rica.  During his 25-year career with the NCC, Wipfler was a leader in a nationwide effort to denounce repression and torture in Brazil, Chile, Argentina, Uruguay, and Central America. He has been an outspoken critic of the U.S. government’s Latin American policies during the past 30 years.